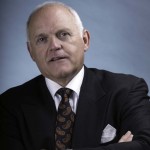 The Bowling Green native was born December 6, 1954 to the late Bobby Gene and Eleanor Jean (Miller) Hunton. Bobby was active in many professional and civic organizations including the following: former president of Winelectric, owner and electrician at Southern Electric and Lighting, Realtor at Berkshire Hathaway HomeServices, co-founded Hope for Homeless in 2012, and co-founder of Stuff the Bus in 2005. He was active in the Kentucky Realtors Association being honored as 2013 Realtor of the Year, serving as 2014 President, and most recently in 2018 as a Director at Large among many other honors and appointments. Bobby was a 1972 graduate of Warren Central High School and went on to receive a B.S. in Engineering at Western Kentucky University. He was also a Kentucky Colonel and member of Calvary Baptist Church.

Funeral services will be held Thursday at 1 p.m. at the J.C. Kirby & Son Lovers Lane Chapel with visitation from 2 until 8 p.m. Wednesday and after 9 a.m. Thursday. Burial will take place at Fairview Cemetery. As quoted in a 2016 interview with the Bowling Green Daily News, Bobby saw firsthand what students needed in school supplies when he was a student at the old Rockfield Elementary School. "I saw how teachers had to take their own money to buy school supplies for the kids . . . They don't make enough money to do what they do." In lieu of flowers, donations of school supplies or monetary donations to Stuff the Bus will be accepted at the funeral home.

Stuff the Bus
801 College Street
Bowling Green, Kentucky United States 42101
Since 2005 our mission has been to provide a level playing field for all children in Southern Kentucky. We make sure that every child walks in on the first day of school with the essential supplies needed to be able to connect with the teacher and classmates. By creating this level playing field, we create a chance for each child to have a successful school year. Every single item we collect stays locally with children, teachers, and classrooms in Southern Kentucky. As of now, we are able to reach kids from Kindergarten thru High School and all benefit from the supplies of Stuff the Bus! We have achieved this through year-round fundraising and fun filled event’s with local business partners, organizations, and countless donations from you and the community as a whole.